A week in the house

The most note-worthy event that happened this week was a knock-down, drag-out fight between my two girls for the last blue hairclip. We have been stuck inside, as neither of my kids have the Minnesota blood that can tolerate the cold like I have. Sure there are things we can do inside, lots of them, but since I have had to work between naps and when the kids allow (which is almost never since my 3-year-old has eliminated her nap), our adventures in the Raleigh area have slowed to a hault!

Fear not, I am working on a couple of fun activities. I will be back soon with reviews and hopefully some childish fun that inspires a trek outside in the bitter cold awaits.
Posted by Unknown at 9:52 AM No comments: 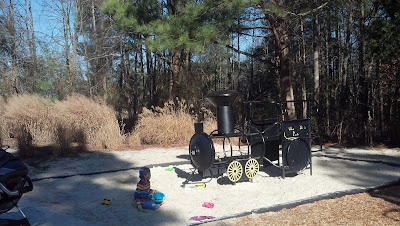 I love this park! Davis Drive Park in Cary was really just a playground with a shelter and walking trail. But for a couple of reasons this one was particularly fun. 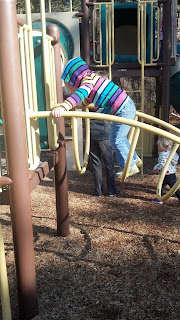 First of all, the sandbox was wonderful. Even though everything else was pretty wet, the sand stayed dry, and dead center was a metal sculptured "Chooooo Train!" - which is what my youngest, Dani, screamed as she ran up to the playground. The jungle gym itself was in pretty nice shape, and seemed to keep my kids climbing, sliding, balancing and peaking. 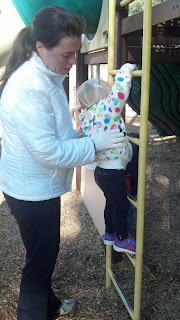 But what really makes a park is the people that go there. My friend, Amanda, and I met so many great moms there. Apparently we lucked out and found ourselves with women who are part of the Cary Mom's Group (meetup.com). I will be writing about that soon, too. These moms were so friendly, attentive to their kids and really just "my kinda people." I am not one to join groups or do things according to someone else's schedule, so I'm probably not going to join. But it's really tempting.
One of the moms was playing in the sand with my oldest (3). Another mom struck up a conversation with my friend and quickly shared she was the mother of 3, 2-year-old twins and a 6 month old! *And I thought I was crazy.
The kids shared snacks, played well together and left absolutely worn out. Um, yeah, we will be going back. The sandbox alone kept my 3-year-old busy for nearly an hour.

We actually had such a nice time, we left later than we thought we would and didn't walk the trail (which is part of the park and is 1/2 mile around). The shelter looked pretty clean, and the parks and recreation department had someone there with a leaf blower. I was stunned, as I didn't see a single leaf out of place or piece of trash, for that matter.

This is a winner! I don't know if it's a hidden gem, but it's certainly a gem.

LOW LIGHTS: There were a few "drop off" places in this jungle gym where really little ones can fall off and the backdrop for the trail wasn't spectacular. I actually am having a hard time finding fault in this place - really reaching here.
COST: Free!

I was unable to attend Blockfest 2012, but a mommy friend of mine offered to share her experience! Kari Hatley is a stay-at-home mommy who is also going to school to be a Special Education Teacher. She has a 3 1/2-year-old and a 4 1/2-year-old and is a great resource for me as her children are so close in age, much like mine. 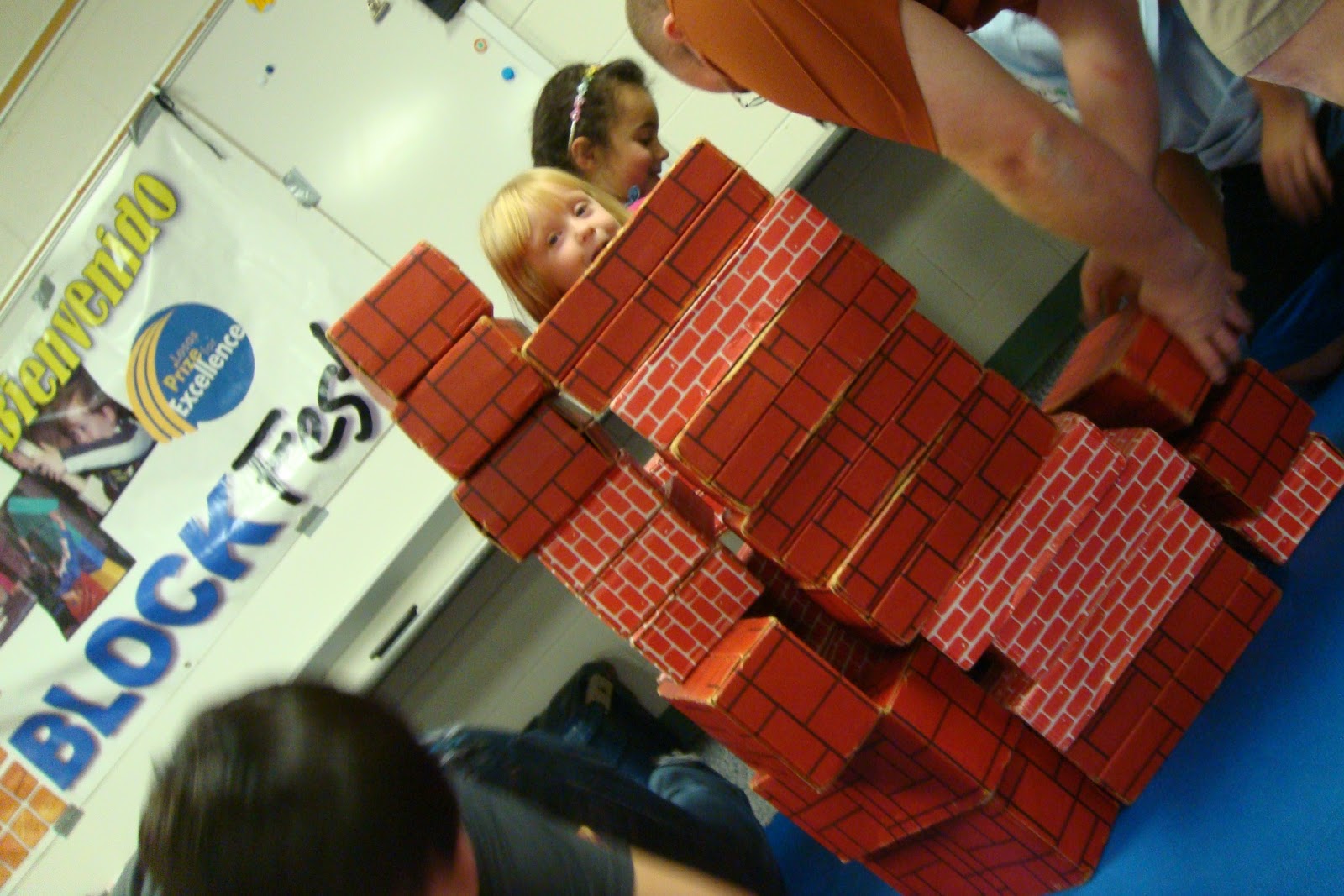 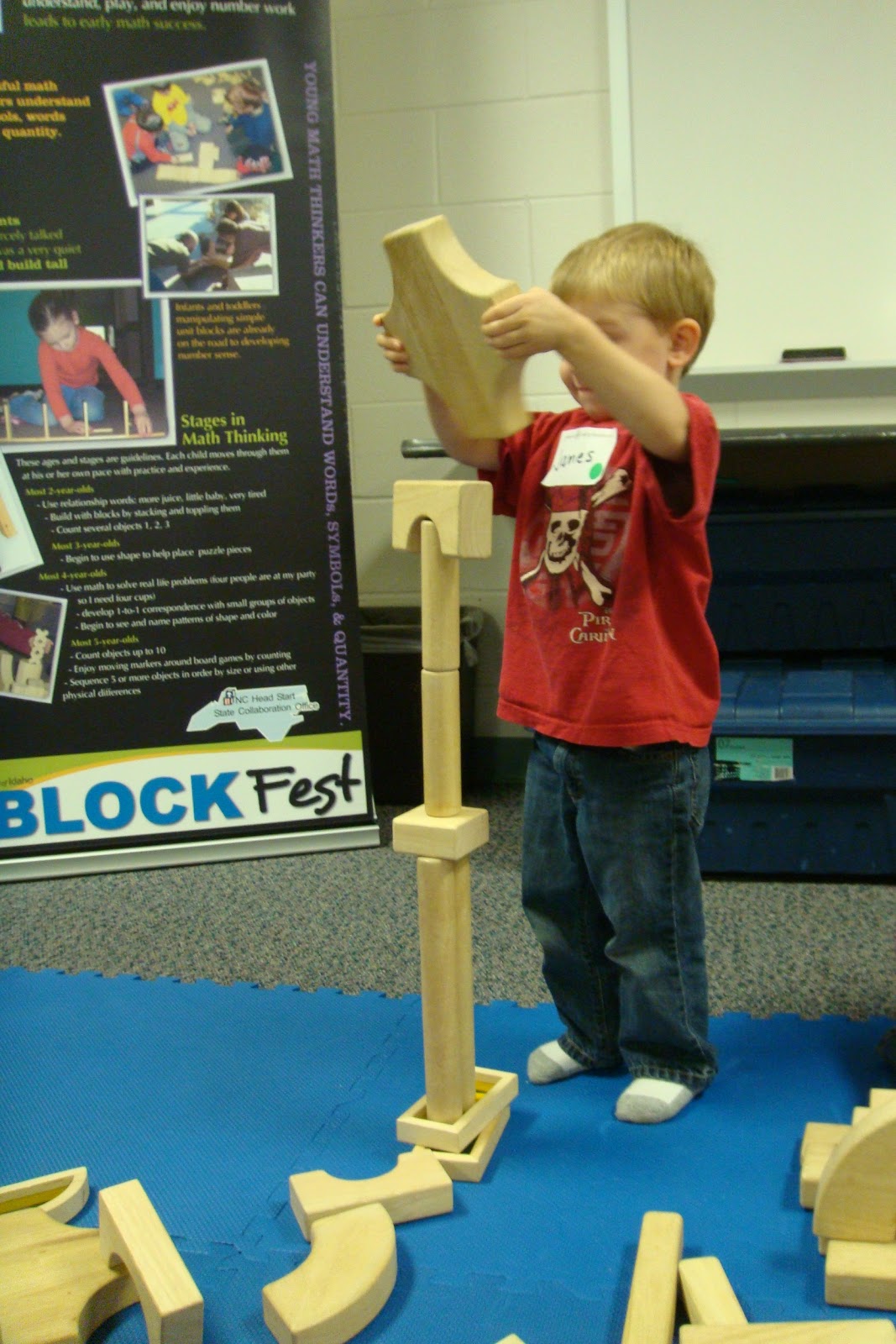 Block Fest is best for ages 6 and under, and they were very prepared for toddlers running around and even told us at the beginning that they may end up wandering around checking out all the block stations on their own.

We were given a worksheet with questions to ask our kids about their interactions with the blocks, and there was a facilitator at each station sharing encouraging words and playing with the kids as well.

The little ones seemed to have plenty of time in each station, but not too long. The kids closer to 6 would have loved additional time at each station. Also, I wish there was more space between each station because the whole atmosphere is a little overwhelming. It was easy to get distracted with the stations you had not yet visited.

Block Fest was an awesome event, and it was free through Project Enlightenment!!!  We will be back again next year.

Also, we heard about their playground and got there a little early to check it out. We could have played much longer and will go back. It is made especially for Pre-K aged kids. They have mini playground equipment, and the area is totally fenced in. The only downside is that they have classes during the school day so weekend/evenings are the best time to explore.  It is a must if you have little ones! 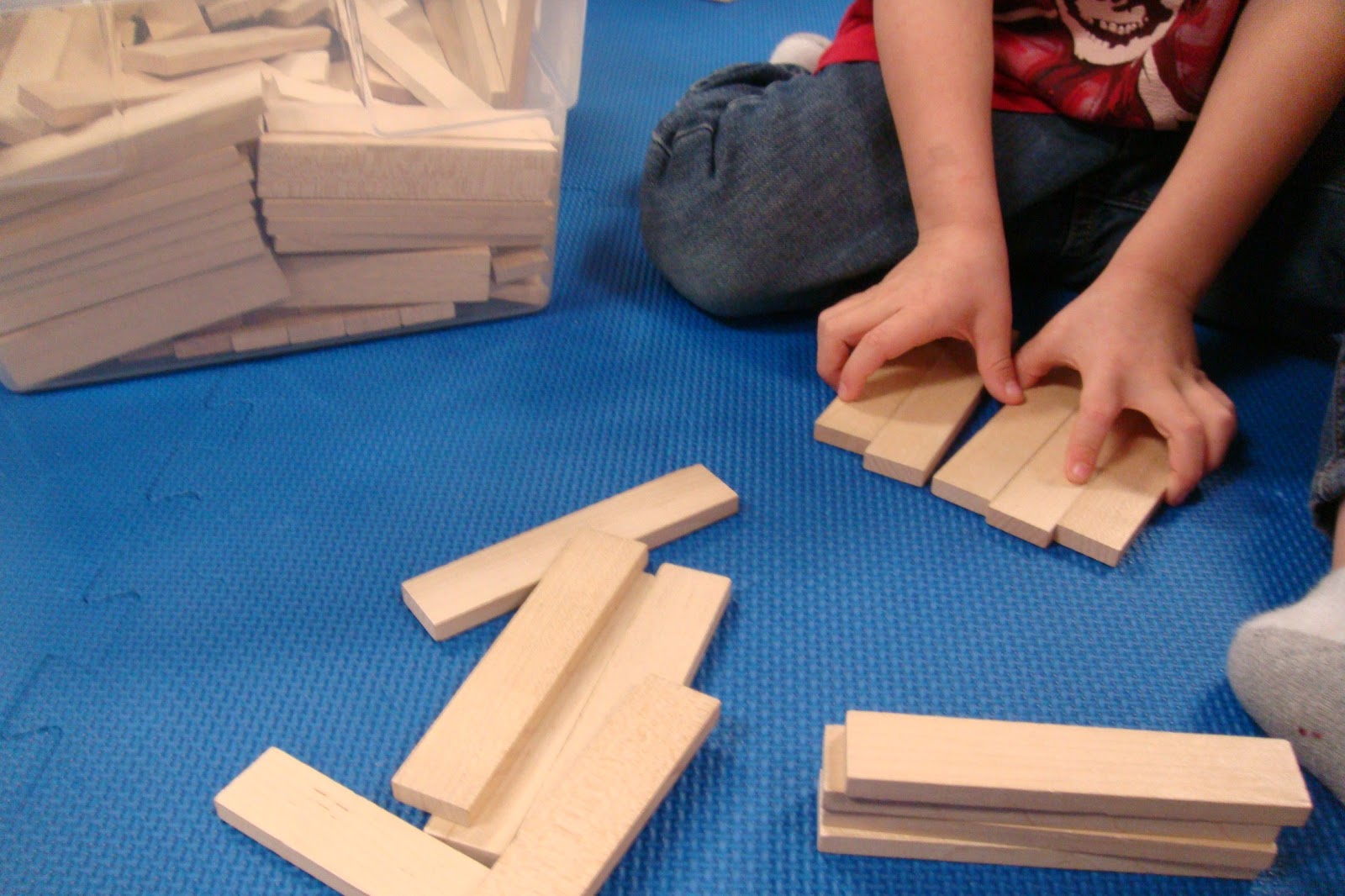 Email ThisBlogThis!Share to TwitterShare to FacebookShare to Pinterest
Labels: Blockfest, Educational Activities, Project Enlightenment, Raleigh, things to do with kids in Raleigh, where to go with your kids

I am honored to be featured as a mommy blogger by Trianglemom2mom.com ... a News & Observer publication. If you'd like to read it, visit www.trianglemom2mom.com/2013/01/02/2570881/meet-kristin-wilson-the-not-so.html It was fun, and guess what? I learned about several new places to go from the other monthly featured mommy bloggers! I love the Raleigh area and am so proud to live here and have the chance to enjoy all of its kid-friendly treasures. In case I haven't shared this before, I am ALWAYS looking for more ideas of places to visit in the Raleigh area. I know there are so many more places to see this year! Please comment or email me and share any/all ideas and reasons I should make your favorite activity a priority. Truly Honored, The Not-So Stay-At-Home Mommy!
Posted by Unknown at 3:43 PM No comments: 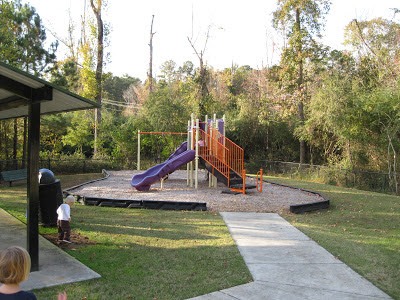 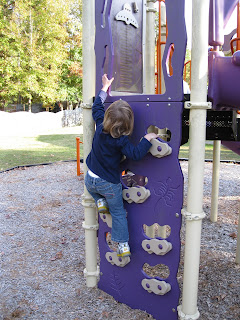 Kelly Glen Park in Apex was absolutely empty, and I know at least one big reason why. It smelled horrible. It is situated adjacent to a brick building that was emitting some nasty smells. Not a soul joined us at the park, either. So I'm sure I'm not alone in this opinion.

It was pretty boring - just a little playground, a shelter and a little space for running around. It was clean enough, but not spectacular. I wasn't impressed at all, and I begged my girls to leave because the smell was starting to make me feel sick. Then, when we got in the car, my 3-year-old said she wasn't feeling well. It went away as quickly as we drove away from the smell. 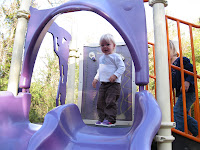 I wouldn't go out of my way to visit this one. Kelly Road Park (Kidstowne) is a few blocks (if that) away from this park. Just go there. If you live in the Kelly Glen subdivision I could see the draw occasionally, but this park was not for me. I won't return.


HIGHLIGHTS: We had the park to ourselves, there was a shelter, it seemed well maintained.

Posted by Unknown at 2:50 PM No comments:

Email ThisBlogThis!Share to TwitterShare to FacebookShare to Pinterest
Labels: Activities, Apex, Apex parks, climbing wall, slides, swings, things to do with toddlers in Apex, where to go with your kids

Recycle Your Christmas Tree as a Tiger Toy!

The Carolina Tiger Rescue in Pittsboro is accepting Christmas Trees (no ornaments, no tinsel) to distribute to their animals.


Their website says you may leave trees in the staff lot between the compound gate and the new food prep station between 8 a.m. and 5 p.m. any day of the week.

Very cool! I bet the kids would think it's fun that a Tiger will be playing with their Christmas tree!!!

Posted by Unknown at 2:15 PM No comments: